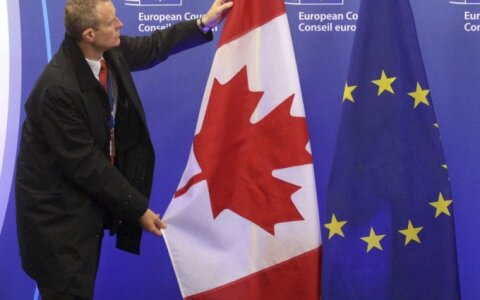 The Seimas of Lithuania on Tuesday ratified the European Union and Canada's economic and trade agreements following ten months of deliberations, with 70 votes in favor, six against and 14 abstentions.

The parliament ratified the agreements with a special Seimas statement backed by 53 lawmakers, 22 against and 12 abstentions.

The ruling Lithuanian Farmers and Greens Union says such a statement will protect Lithuania from the imports of GMO and hormone-treated beef. The statement says that