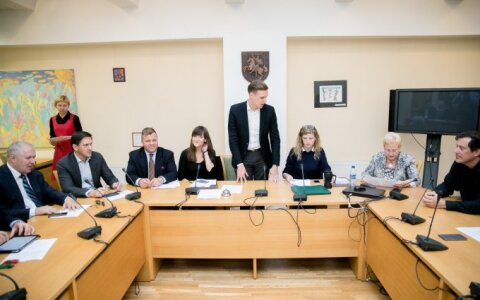 While welcoming Georgia's Euro-Atlantic aspirations, the parliamentarians stress, that these aspirations are incompatible with the violations of human rights related to suppression of freedom of expression in political opposition.

"Lithuania is a staunch supporter of Georgia's territorial integrity and of her efforts of integration into the EU and NATO. We are true friends of Georgia and, as friends, we say that the road to the EU and NATO leads only through respect for human rights and the rule of law. This judgement of the ECHR consolidates our efforts to achieve the imminent release of political opponent of the current Georgian Government Vano Merabishvili", - stresses the co-author of the appeal dr. Mantas Adomėnas.