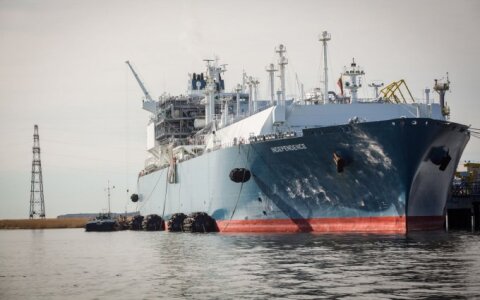 Lithuania's Prime Minister Saulius Skvernelis hopes to reach full stop in the Friday's negotiations among the Baltic prime ministers in an effort to ensure European support to the Klaipėda liquefied natural gas (LNG) terminal. In his words, if the discussions end in failure, Lithuania will seek to end the discussions and move on.

"It has been exactly ten years since the start of the discussion among the Baltic states. My hope for tomorrow is to put a stop. Either yes, or no," Skvernelis told Žinių Radijas news radio on Thursday morning.

In his words, an agreement on the regional Baltic LNG market would help bring