Lithuanians in UK ‘shocked’ by Brexit 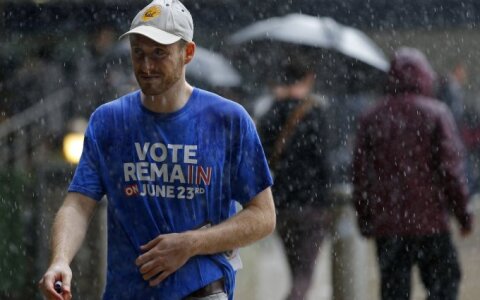 Lithuanians living in the United Kingdom say they are in shock after the majority of Britons voted in favour of leaving the European Union, said Dalia Asanaviciute, head of the country's Lithuanian community.

"We're in shock. Literally, in shock. The majority of us had hoped the Remain would win by a narrow majority," she said. "Nobody knows what will happen next."

Lithuanians in UK ‘shocked’ by Brexit