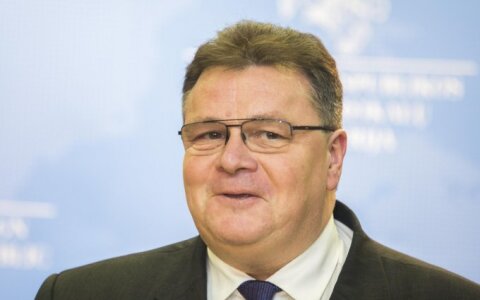 Lithuanian Minister of Foreign Affairs Linas Linkevičius and LRT.lt Editor-in-Chief Vladimiras Laučius sat down to talk about some of the greatest issues challenging the unity of the European Union. The distribution of power among the EU's institutions, the Schengen zone, and the future of the refugees coming to Europe will all be tested in 2016.

Vladimiras Laučius: Some believe that the European Council, which represents the interests of the EU's member states, is being pushed out of some important decision-making processes. The European Commission, which is being led by Jean-Claude Juncker and is heavily influenced by Germany, is said