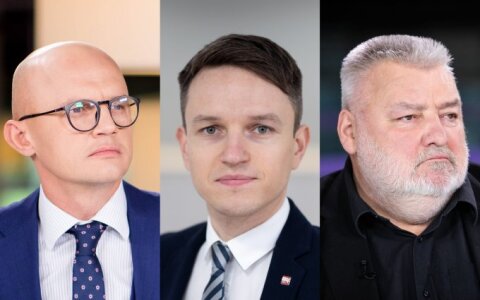 Lithuania's experts have named journalist and TV host Edmundas Jakilaitis, political scientist Linas Kojala and historian Alfredas Bumblauskas as the country's most influential public figures, according to a survey published by the delfi.lt online news site on Monday.

The trio are then followed in the annual rating by humanitarian activist Jonas Ohman and Catholic priest Ricardas Doveika.

The so-called elite survey was carried out for Delfi by the magazine Reitingai, which interviewed 925 politicians, business people, civil servants, journalists, public figures and other well-known people between May 17 and June 23.

Delfi has published the annual rankings of Lithuania's most influential people for the eighth consecutive year already.