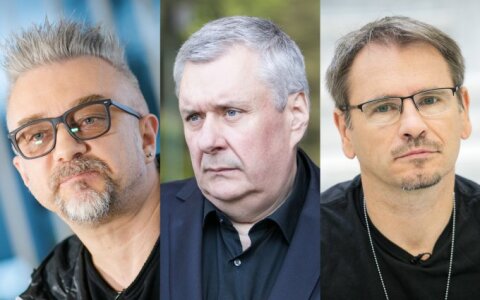 Lithuanian experts consider singers Andrius Mamontovas, Marijonas Mikutavicius and producer and TV host Arunas Valinskas to be the most influential people in the country's pop culture, according to the results of a survey published on Friday by the delfi.lt news website.

925 politicians, businessmen, civil servants, journalists, public figures and well-known people were surveyed by the magazine Reitingai for delfi.lt between May 17 and June 23.

The public survey of 1,013 people aged 18-75 was carried out on July 18-25 July by the market and public opinion research company Spinter Tyrimai.

Delfi has been naming the most influential people in Lithuania for the past eight years.