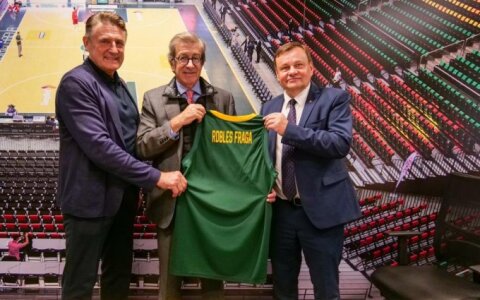 The meeting focused on bilateral relations between Lithuania and Spain, Russia’s aggression against Ukraine, the security situation of the region, and important items on the agenda of the European Union.

Landsbergis thanked the ambassador for his work for the sake of Lithuania and Spain, his contribution to strengthening the security of Lithuania and Europe, and congratulated him on the successful organisation of the NATO summit in Madrid.

“We are ready to take over as organisers of the next NATO summit in 2023,” Landsbergis said.

The foreign minister also stressed that Lithuania took interest in further strengthening its relations with Spain and other southern European countries, as well as in deepening our cooperation in the economic, cultural and educational fields.

José María Robles Fraga presented his letters of credence to then President of Lithuania Dalia Grybauskaitė on 29 October 2018.