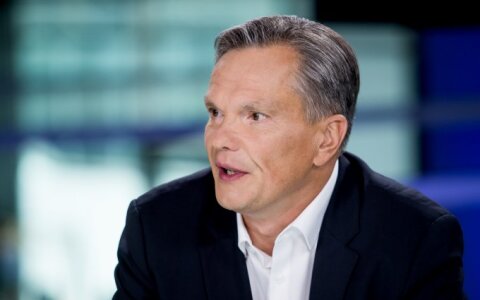 The Government has approved the candidatures of Eitvydas Bajarūnas as Lithuania’s ambassador to the United Kingdom of Great Britain and Northern Ireland and Sigita Maslauskaitė-Mažylienė as the ambassador to the Holy See.

Bajarūnas notes that the Ministry of Foreign Affairs recently adopted the long-term strategy for Lithuanian diaspora in 2022-2024, therefore, as ambassador, he would focus on Lithuania maintaining ties with expats in education, as well as on the repatriation programme.

The diplomat said his other priorities include guaranteeing non-discriminatory movement of people, as well as maintaining ties with the UK in the areas of the economy, security and defence, and involving the UK in the Eastern Partnership programme.

Meanwhile, the candidate to become the ambassador to the Holy See, Sigita Maslauskaitė-Mažylienė, said her objective is to deepen cultural, academic and social cooperation between Lithuania and the Vatican.

She said she would strive for Lithuania’s voice to be better heard in the Vatican when addressing the issue of the war in Ukraine.

Maslauskaitė-Mažylienė also stressed her goal would be to defend the freedom of religion and conscience in the world, whereas Lithuania should be more noticeable in the areas of social justice, science and culture.