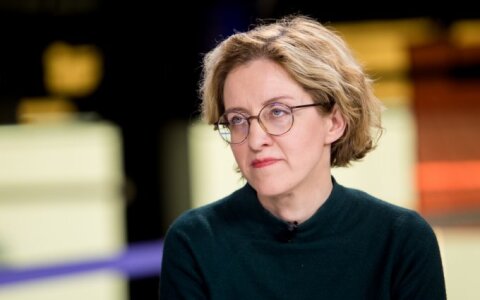 Sigita Maslauskaite-Mazyliene, an artist, art historian and director of the Church Heritage Museum, is proposed for Lithuania's ambassador to the Holy See.

If approved, she would take up her new duties on September 19, according to a draft government resolution.

Maslauskaite-Mazyliene is not a career diplomat. She studied painting at Vilnius Academy of Arts and later church heritage at the Pontifical Gregorian University in Rome.

She is a member of the Lithuanian Art Historians' Society and the Artists' Union, a lecturer at Vilnius Academy of Arts and Vilnius University, and an art historian for the Archdiocese of Vilnius. She has worked as director of the Church Heritage Museum since 2009.

Maslauskaite-Mazyliene would take over as Lithuania's ambassador to the Vatican from Petras Zapolskas whose term of office ended earlier in August.

Lithuania's ambassadors are appointed by the president on the government's nomination and approval of the parliamentary Committee on Foreign Affairs.