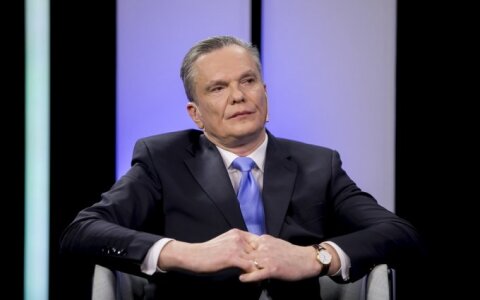 Eitvydas Bajarunas has been proposed for Lithuanian ambassador to the United Kingdom, under a draft resolution to be submitted to the government.

Bajarunas would assume his new position on September 12.

He was recalled as Lithuania's ambassador to Russia in May.

The Lithuanian government's move came in response to the massacre in the Kyiv suburb of Bucha during Russia's invasion of Ukraine.

In April, Lithuania expelled the head of the Russian Embassy in Vilnius, Alexey Isakov, and the staff of the Consulate General in Klaipeda, closed the country's representative office in Klaipeda and downgraded the diplomatic representation between Russia and Lithuania to the chargé d'affaires level.

In Lithuania, ambassadors are appointed by the president, upon the nomination by the government and with the approval of the Seimas Committee on Foreign Affairs.