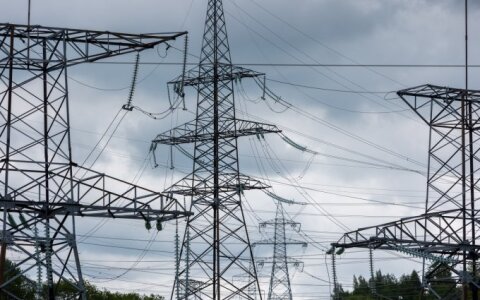 Litgrid, Lithuanian electricity transmission system operator, has ensured positive reliability indicators in the first half of this year and continued to prepare for the synchronisation.

The implementation of the synchronisation with the continental European grid and other strategic projects was ensured. Increased electricity market prices were the main factor behind the increase in both revenues and costs, having negative impact on the company’s profit, the company reports.

“In the first half of this year, we smoothly continued to deliver on our key goals. First of all, we continued our preparations for the synchronisation: we started the construction of 3 strategic projects – the 330 kV lines Darbėnai-Bitėnai and Kruonis HAE-Bitėnai and the Neris substation, we signed an agreement with our partners on additional funding of EUR 170 million for synchronisation projects in the Baltic States and Poland, and we are intensively preparing for the isolated operation test of the Lithuanian system planned in the autumn. In addition to successful development of the strategic projects, we have consistently worked on the reliability of electricity transmission on a daily basis. The figures for the first half of the year allow us to meet the levels set by the National Regulator for this year. We continue to lay the foundations for the accelerated development of renewable generation – this year we have received huge interest from investors in wind and solar power plants, and we are aiming to enable the connection of as many renewable generators as possible over the coming years,” says Rokas Masiulis, Litgrid CEO.

The overall availability of the interconnectors with Sweden (NordBalt) and Poland (LitPol Link) in the first half of the year was 100% and 96.7% respectively. The main impact on the unavailability of LitPol Link was due to the planned work on one of the main synchronisation projects with the continental European grids – the extension and adaptation of the link with Poland to synchronous operation.
Financial results

Litgrid investments for the first half of 2022 amounted to EUR 10.5 million, of which 46% were allocated to the implementation of strategic and nationally important electricity projects and 54% to the reconstruction and development of the transmission network and operational support.