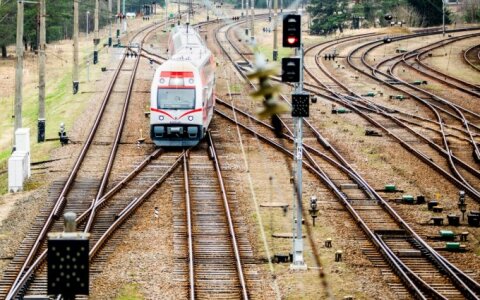 All passengers wishing to take advantage of the initiative, i.e., both Ukrainian and non-Ukrainian citizens, will be asked to provide supporting documents – passport or identity card (birth certificate for children) and registration card issued by the Migration Department.

Citizens of Ukraine who were given free travel tickets before 1 August, will be able to use them according to the procedure in force until now, i.e. it will be enough for them to present an identity document confirming Ukrainian citizenship.

In order to provide support even more appropriately, as of 1 September, the initiative of free minimum train transportation will be available to all people fleeing Ukraine from war with Russia for three months after the registration card is issued, i.e. at the time of travel by train, less than three months must have passed since the card was issued.

According to the information provided by the Migration Department, a registration card is issued to foreigners who left Ukraine and came to Lithuania due to Russian military aggression immediately after applying with Lithuanian registration centres. It is granted both to Ukrainians and to persons who are not citizens of Ukraine, but have used international protection or had permanent legal residence in Ukraine.

Single tickets for free train travel will continue to be issued on trains or at ticket offices. As of 1 September, the initiative continues in order to ensure minimum transportation. As usual, it will be possible to carry hand luggage up to 35 kg, scooters and animals up to 8 kg transported in special containers free of charge.

People who arrived in Lithuania from Ukraine to Lithuania more than 3 months after their registration card was issued, like other passengers, will be able to use the usual discounts and benefits applied by the company. As of 1 September, additional services will also be provided under normal conditions common to all passengers (carriage of bicycles, luggage over 35 kg and animals weighing over 8 kg).