President: Canada to open its embassy in Vilnius shortly 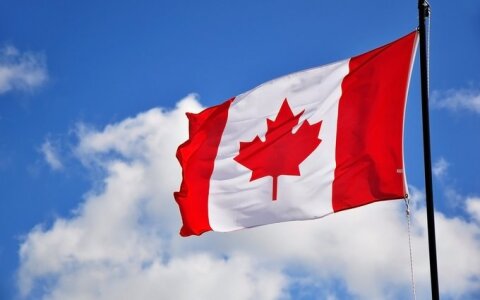 "I was pleased to hear Canadian Prime Minister (Justin) Trudeau's statement that they see the Baltics as a region that needs even more attention," Nauseda told reporters in Madrid.

"This is why they are ready and will soon announce the opening of Canada's embassy in Vilnius," he added.

Later on Wednesday, Canadian Foreign Minister Melanie Joly announced the conversion of her country's offices in Estonia, Lithuania and Slovakia into full embassies.

"We are converting current Canadian offices in Estonia, Lithuania, and Slovakia – countries with strong and growing bilateral ties with Canada and key NATO Allies – into full embassies with resident ambassadors, and strengthening our presence at our embassy in Latvia," Joly said in a statement published on the Canadian government's official website.

"These changes will further enhance Canada’s engagement in the region, help counter Russia's destabilizing activities and increase support for Operation REASSURANCE," she said.

Canada currently has its embassy in the Latvian capital of Riga and offices in Vilnius and Tallinn.

President: Canada to open its embassy in Vilnius shortly