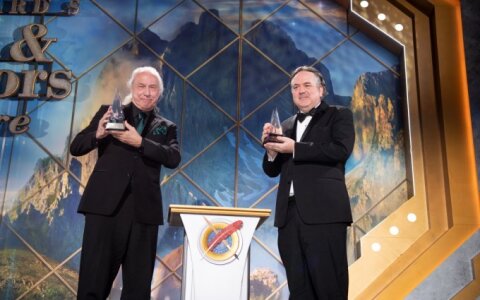 Estonian-Lithuanian artist Arthur Doweyko was honored at the L. Ron Hubbard Achievement Awards Event in Hollywood as a winner in the Illustrators of the Future Contest earning him a cash prize in addition to having his art published in the international bestselling anthology, L. Ron Hubbard Presents Writers of the Future Volume 38.

The official release of the anthology was April 12th. However, due to paper shortages, the trade paperback will be released on June 28th.

He writes and illustrates science fiction, fantasy, and horror. His debut novel, Algorithm, garnered a 2010 Royal Palm Literary Award (RPLA) and was published by E-Lit Books in October, 2014. His second novel, As Wings Unfurl, took first place as Best Science Fiction (Pre-Published) in the 2014 RPLA competition and was released in 2016 by Red Adept Publishing. Many of his short stories have been honored as finalists in RPLA competitions, as well as achieving Honorable Mentions in the L. Ron Hubbard Writers of the Future Contests. He has published two short story anthologies ("My Shorts" and "Captain Arnold"), both of which have garnered awards. 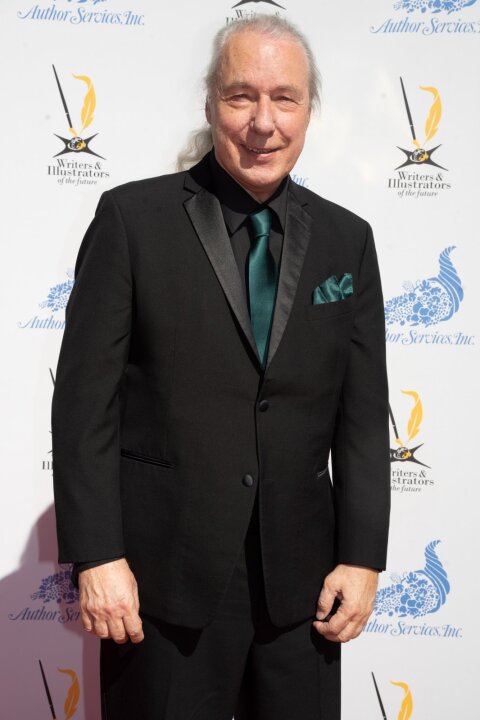 Besides science and writing, Arthur has maintained a lifelong love of art. From copying comic book covers at an early age to illustrating science fiction and fantasy themes utilizing various media, including oils and digital art, Arthur has always found the time between experiments to pursue his artistic dreams and share his visions of a future unbounded.

He lives in Florida with his wife Lidia, teaches college chemistry, and happily wanders the beaches when not jousting with aliens.

The Contest, one of the most prestigious illustrating competitions in the world, is currently in its 34th year and is judged by some of the premier names in speculative fiction. 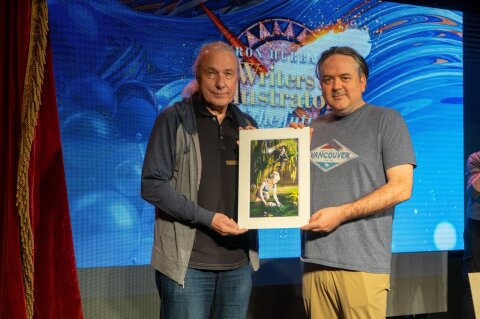 The intensive mentoring process has proven very successful. The 382 past winners of the Illustrating Contest have produced over 6,000 illustrations, 360 comic books, graced 624 books and albums with their art and visually contributed to 68 TV shows, and 40 major movies.

The 452 past winners of the Writing Contest have published 1,150 novels and nearly 4,500 short stories. They have produced 32 New York Times bestsellers and their works have sold over 60 million copies.

The Writers and Illustrators of the Future Award is the genre’s most prestigious award of its kind and has now become the largest, most successful and demonstrably most influential vehicle for budding creative talent in the world of contemporary fiction.

Since inception, the Writers and Illustrators of the Future contests have produced 36 anthology volumes and awarded over $1,000,000 cumulatively in prize moneys and royalties.