IMF: inflation in Lithuania should shift downward in second half of the year 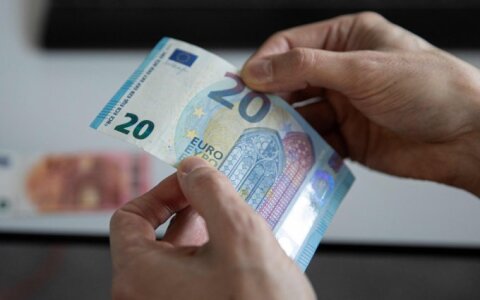 Lithuania is well prepared to meet economic challenges brought by the pandemic and the war in Ukraine as the country’s government has chosen the right measures to address those difficulties, the head of the International Monetary Fund's mission to Lithuania has said adding that inflation should shift to a downward path in the second half of the year.

“Lithuania had a very good response to the situation triggered by the pandemic whereas the inflation driven by the war in Ukraine is likely to stabilize and begin to moderate in the second half of the year,” Borja Gracia said during a news conference at the government on Tuesday as the Fund’s team concluded its two-week mission in Lithuania.

“In the IMF’s opinion, the measures chosen by the government to address these challenges have been right,” he added.

According to Gracia, both private and public sectors in Lithuania are ready to meet inflation challenges.

Finance Minister Gintare Skaiste said that the government was currently not considering extra measures to tame inflation but could bring them forward in the fall, if necessary.

“According to current assumptions, inflation will stabilize and begin to moderate in fall. If we see a different situation, some additional measures could be brought forward in the fall. However, it is now a bit too early to tell what the economy will look like then,” she added.

IMF: inflation in Lithuania should shift downward in second half of the year