Up to 50 pct of Lithuanians cut spending amid soaring inflation 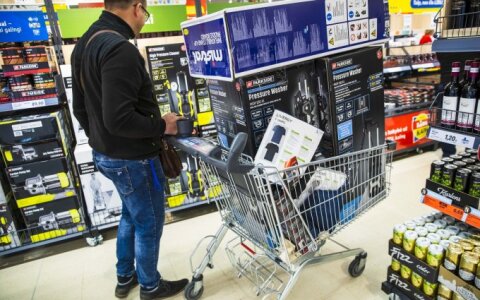 With inflation in Lithuania at its highest level in decades, up to 50 percent of the country's population have cut back on spending, but around a fifth have not changed their consumption habits despite soaring prices, according to a survey conducted by Vilmorus for BNS.

The unemployed (58 percent) and people with monthly income of up 350 euros per family member (55.3 percent) were the most likely to limit their spending on food.

One in three respondents aged 18-39 said that inflation had not affected their spending, and they were less likely to save on food, holidays and travel, and things.

Vilmorus polled 1,001 adults in 24 cities and towns and 40 villages between May 12 and 18. The representative survey has a margin of error of up to 10 percent.

Up to 50 pct of Lithuanians cut spending amid soaring inflation