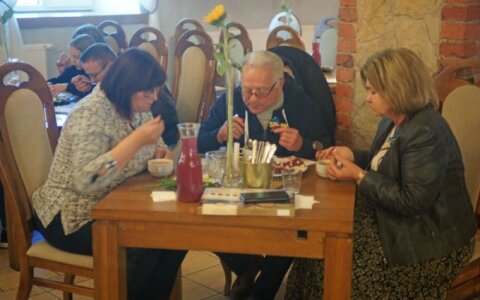 On the 18th of May 18 Ukrainian girls, staying in Taujėnai, treated Lithuanian residents with traditional Ukrainian dishes in the cafe Lekštės studija in the Taujenu Dvaras.

The meal was conceived as an act of gratitude to the people of Lithuania for the help they provide to the Ukrainians.

The meal was attended by residents of Ukmerge, Taujėnai, Vilnius and other cities, who were directly involved in providing targeted assistance to Ukrainian women with children. The director of the Taujenai Gymnasium Loreta Zdanienė, the mistress of Taujėnaii Dvaras Vida Stakevichienė and the Mayor of Ukmerge Rolandas Janickas were also present at the evening.

The mayor thanked the Ukrainian women for the invitation, and the cafe workers for their help in organizing the event. He spoke about the assistance that Ukmerge sends to Ukrainian sister cities, including Kamenetsk-Podolsk and Korosten. Rolandas Janickas stressed that the city and its residents are doing everything possible to make its new residents, Ukrainians and Ukrainian women feel comfortable and calm in a new place. 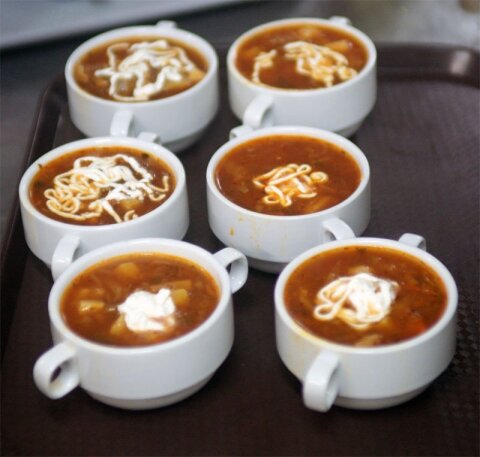 7 women and 14 children from Ukraine now live in Taujėnai. All of them, in one way or another, participated in the creation of this holiday.

The children gave a small concert. Dinner consisted of five courses, including, of course, borscht and dumplings.

Opening the evening, Karina Samovol, who arrived from the city of Brovary, Kyiv region, said:

“We sincerely thank you for supporting us at a difficult moment and in a difficult period of our lives. We are grateful for your help and support. Thank you for your attentiveness, responsiveness and kindness, qualities that are so rare in our time. We are doubly glad and proud that there are such sympathetic, generous souls and caring people in the world. We will always remember your kindness and will be glad someday to pay you the same, but not in the context of any tragic or dramatic events. The Ukrainian people have seen who our friends and brothers really are. Now more than 50,000 Ukrainians who fled the war feel more secure in Lithuania. Human relationships cannot be imagined without the manifestation of warmth and care. Gratitude is one of the ways to show a person your love and appreciation.

Therefore, today we have prepared our Ukrainian traditional dishes with pleasure and gratitude.”

After dinner, which was interspersed with performances by Ukrainian children, the girls talked a bit about how and why they ended up in Lithuania. Here are some of the stories. 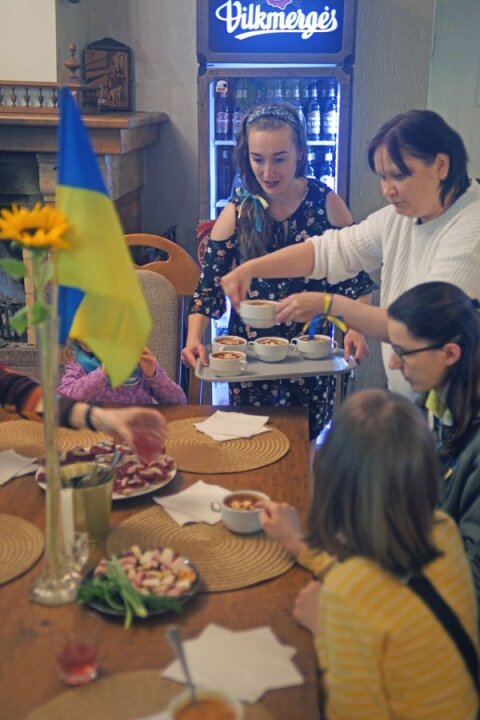 Lilya Polonnikova said that “When the war began, there was a strong fear, a lack of understanding of what lies ahead. Very frequent, eerie sounds of air raid alerts, constant running around with the child to shelters inspired thoughts about leaving Ukraine in order to save the life and nervous system of the daughter. Several times we collected things, but for various reasons it was not possible to leave the country. But then they heard about the help of the charitable foundation "Wing for help" with a trip to Lithuania. And so my daughter and I ended up in Lithuania, safe. Your help is invaluable. Thank you so much for everything you've done for us!"

Ekaterina Pogorela said that “What is happening now in Ukraine, this story, unfortunately, is a tragic story, but whatever one may say, all these events will be recorded in books that our children will learn. And all of them will be direct participants in these historical events, they will be among those who left their native land, fleeing the war.

I come from the Dnipropetrovsk region, I have been living in Kyiv for about 12 years. A couple of days before the start of the so-called Russian “special operation” in Ukraine, my child and I went to our parents in the Dnipropetrovsk region. I remember the morning of February 24, when my mother came and said: “Daughter, the war began.” I didn't want to believe it, but when I opened the phone and read the news report, I was horrified, Russia attacked Ukraine, the capital. Since then, every morning began with the fact that we read the news and ended the day with the fact that we watched the news on TV. And so on until March 25, until we got on the bus and left for Lithuania. 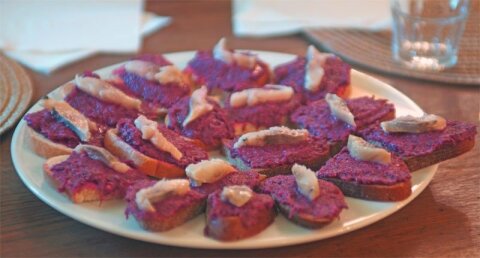 The sounds of constant sirens and helicopters and planes flying over us, all this affected the behavior of children and our condition. In order to save and take the children to a safer, quieter place, we decided to leave Ukraine after all, and it was the right decision.

We will never forget the time spent in the cellar with parents and children. To the sound of a siren, we descended into the cellar and waited for the air raid to end. They tried to distract the children with games, and entertained them as best they could.

And so, on March 25, with the help of the Help Wing Charitable Organization, we set off on evacuation buses to Lithuania. Two long days on the road and we ended up in a country that welcomed us very warmly and provided great assistance, for which we are very grateful.”