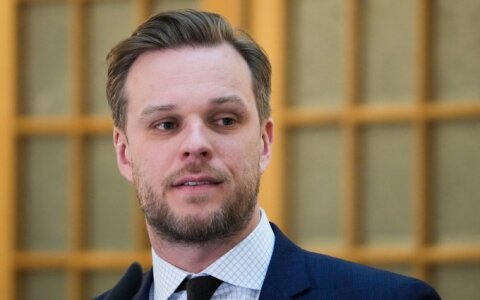 His comment came after Finland's leaders formally expressed their support for NATO membership.

"Finland is a very strong country militarily, an experienced country with a navy, with air defense elements," he said. "Its recent acquisitions of F-35s from the US are a huge reinforcement for the Alliance."

"As a member of NATO, Finland would strengthen the entire defense alliance. Finland must apply for NATO membership without delay. We hope that the national steps still needed to make this decision will be taken rapidly within the next few days."

Related articles
President: we say a firm 'no' to Russian gas, oil and to funding aggressor
Lithuania to buy patrol vessels from Finland

Finland's political and public opinion has swung dramatically in favor of NATO membership after Russia invaded Ukraine on February 24.