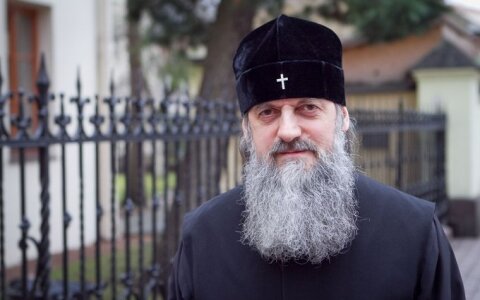 Sungaila and four other priests were suspended on Tuesday. The Church says they were suspended "for breaking their oaths and contempt" and for other actions breaching the canons.

The priests had criticized Russia's invasion of Ukraine and the Russian Orthodox Church's support for it. This is the reason why they have been sanctioned by the Church, the priests say, but the Church leaders deny that.

Sungaila told BNS the Church's action is "the continuation of the repressions started in response to the criticism of Patriarch Kirill".

"They are trying to silence us. (...) And what they are doing, they are doing with procedural violations. Today, they sent me an order by e-mail, but it doesn't say what canons I have violated", Sungaila said.

A group of priests have asked the Patriarch of Constantinople to become part of this metropolis.

The Lithuanian Orthodox Church is one of nine traditional religious communities in Lithuania. It has the title of metropolis and belongs to the Patriarchate of Moscow and All Russia.