Monika Liu gets into Eurovision final 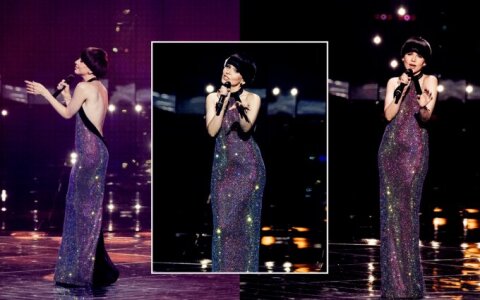 Lithuania's Monika Liu got into the Eurovision final on Tuesday with her song "Sentimentai" (Sentiments).

She performed third out of 17 counties in the semi-final.

Switzerland, Armenia, Iceland, Portugal, Norway, Greece, Ukraine, Moldova and the Netherlands also made it to the final.

The other ten finalists will be announced during the second semi-final on Thursday.

The so-called Big Five – the United Kingdom, France, Germany, Italy, Spain and France – will also perform in the final as they are the song contest's main financial sponsors.

This year, the European Broadcasting Union (EBU) excluded Russia from the contest because of the ongoing war in Ukraine.

Monika Liu gets into Eurovision final