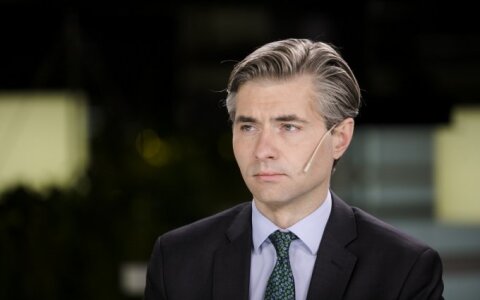 "We should certainly keep these measures in place until the circumstances in the region change substantially," Budrys told the Ziniu Radijas radio station, adding that he meant not only the war in Ukraine, but also "the processes in Kaliningrad and Belarus".

"As we know, exercises have been announced on the Belarusian side, too.

[There is] an extraordinary inspection of the forces and a certain amount of activity close to our border," the advisor said.

"We will remain in similar conditions at least in this short-term perspective until July, and then we will see. It is likely that these conditions will not change substantially and we will have to extend [the state of emergency]," he added.

The legal regime allows the authorities to respond more sensitively and quickly, to prevent possible provocations and to combat propaganda and cyber-attacks, according to Budrys.

Under the law, a state of emergency can be introduced by the parliament if there is a threat to the constitutional order.

The advisor noted that these threats have not diminished.

"When we talk about threats to the constitutional order, we mean Russia, Belarus and, in some cases, China," Budrys said. "As to the arsenal of measures, we see it intensifying."

"The [state of emergency] measure works. It does not cause any harm or substantially restrict our civil and constitutional freedoms and rights," he added.

The state of emergency was first declared after Russia invaded Ukraine in late February and was then extended until June 29.