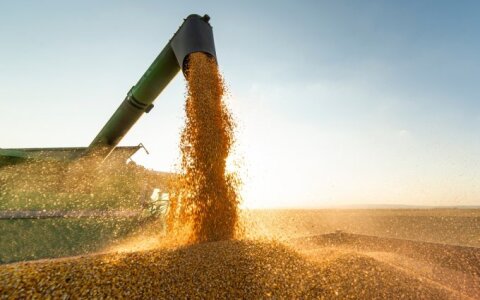 The Baltic states have called on the United Nation's Security Council, member countries and agencies to ensure a safe passage for Ukrainian grain shipments from Ukrainian seaports seized and blocked by Russia.

Estonia, Latvia and Lithuania made the joint call at the UN Security Council's briefing on Ukraine on Thursday, the Lithuanian Foreign Ministry said on Friday.

Commenting on the joint statement, Rytis Paulauskas, Lithuania's permanent representative to the UN, said that 20 million tons of grain from the last year's harvest have been trapped in Ukraine due to Russia's blockade of ports.

"The Security Council, the UN community of states and the responsible UN agencies must maintain constant pressure on Russia in order to unblock Ukrainian ports and ensure a safe passage for grain-carrying ships to Ukraine's territorial waters across the Black Sea," he said in the press release.

The diplomat also noted that Russia's continued shelling and bombing makes it impossible for farmers in Ukraine, world’s fifth-largest exporter of wheat, to sow crops.