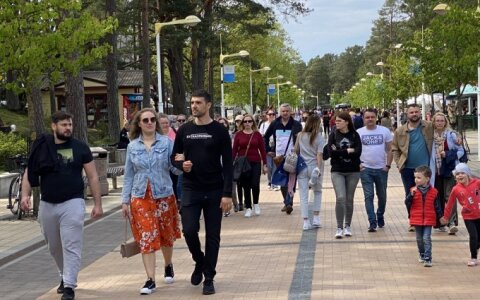 The local council in Lithuania's western resort city of Palanga has approved a proposal for the removal of an obelisk with a Soviet symbol, standing in the city center, Palanga Mayor Sarunas Vaitkus announced on social media on Thursday.

"Today, the municipal council unanimously backed the proposal to dismantle the obelisk with Soviet symbols in central Palanga. The remains of the soldiers will not be moved," the mayor said.

The obelisk featuring Soviet symbols will be replaced by a plaque indicating the burial place of Soviet soldiers.

According to the Ministry of Culture, there are a total of 158 sites in Lithuania, located near the graves of Soviet soldiers. Several dozen of them have already been removed from the cultural heritage registers.