Minsk orders Lithuanian schools to teach only in Russian and Belarusian 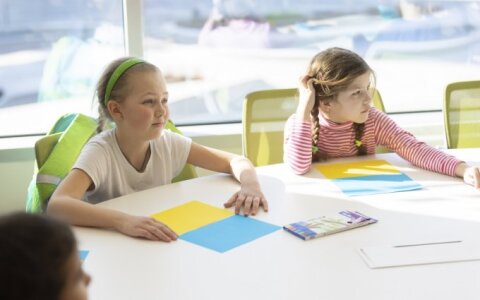 Children attending Lithuanian schools in Belarus will no longer be taught in Lithuanian from next September and will only be taught in the Russian or Belarusian language.

Lithuanian officials say Belarus has made such an unacceptable decision for Lithuania, adding that effort is now being made to at least secure a transitional period.

Meanwhile, Lithuania's Ministry of Education, Science and Sport is considering cutting off funding to one of the schools.

"The Belarusian side has informed us that all national minority schools have to choose either Russian or Belarusian as their teaching language as of September 1," Deputy Foreign Minister Egidijus Meilunas told BNS. "In other words, the Lithuanian language will remain only as one of the subjects."

Nevertheless, the effort is now being made for the Lithuanian language to remain as the teaching language in these schools, he said.

Related articles
About 1,000 illegal migrants have escaped from temporary accommodation sites
EUR 24 mln frozen in Lithuania under EU sanctions against Russia and Belarus

There are currently two Lithuanian schools in Belarus, situated in Pelesa and Rimdziuny. Built in 1996 on Lithuanian funds, the Rimdziuny school now gets funding from Belarus, and the Pelesa school is funded by the Lithuanian Ministry of Education, Science and Sport.

Dainoras Lukas, the spokesman for the education minister, told BNS that Lithuanian diplomats informed Minsk that such a decision was unacceptable.

"The Ministry of Foreign Affairs has informed the Belarusian side that such a decision is not acceptable because it violates bilateral agreements and restricts the right of Belarusians of Lithuanian descent to receive education in their mother tongue," the spokesman said.

However, Belarus said it would not change the decision, therefore, a transitional period would be requested.

"We are waiting for a response from the Belarusian side to allow children to adapt to the new conditions," Lukas said.

Minsk orders Lithuanian schools to teach only in Russian and Belarusian