Conductor and composer Abarius passes away at 92 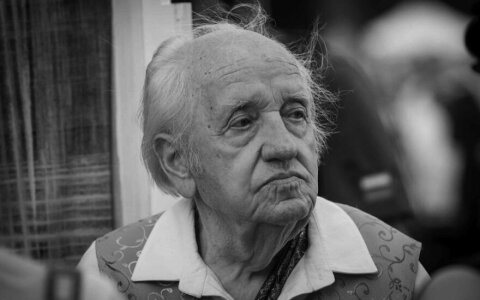 Lionginas Abarius, a former chief conductor of Lithuanian Song Festivals and composer, died at the age of 92 in Vilnius.

“He passed away this night,” his daughter Daina Lazauskiene told BNS on Friday.

Born in Zarasai County in 1929, Abarius graduated from Tallat-Kelpsa Music School in Vilnius in 1953 and studied choral conducting at the Lithuanian Conservatory between 1953 and 1958.

He spent many years teaching at the Lithuanian Music Academy and headed its department of choral conducting between 1988 and 1995.

The composer and conductor left a great number of works, including books of canticles and masses, romances, poems, etc.

In 1967, Abarius was awarded the distinction of an honored artist of the Socialist Soviet Republic of Lithuania. In 1995, he was decorated with the Gediminas Order of the 3rd degree and was awarded Lithuania’s National Prize for Culture and Arts in 2016.

Conductor and composer Abarius passes away at 92