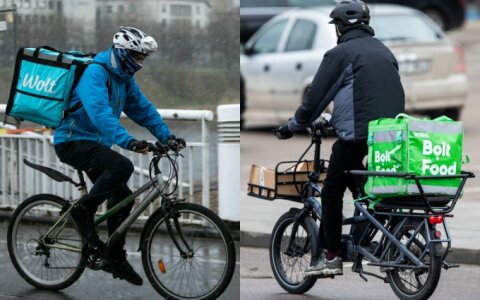 Food delivery platforms Wolt and Bolt Food have this week stopped delivering food ordered from restaurants owned by Amber Food, one of Lithuania's the largest restaurant groups, due to links with Russia.

"We have taken steps to suspend our partnership with all restaurants and retail outlets controlled or supported by the Russian government or state," Liis Ristal, Wolt's general manager for the Baltic states, has told BNS in a comment.

"We have also asked all our trading partners in the Baltic countries to remove products that are made in or supplied from Russia or are directly linked to the Russian government from the Wolt app," she said.

Justinas Bambalas, the head of Bolt Food in Lithuania, also confirmed to BNS on Wednesday that the platform was suspending its partnership with Amber Food.

"We have been watching the situation regarding this restaurant group for some time now," he said. "Today we see that there are no fundamental changes in this situation, so the cooperation has been suspended."

Gediminas Balnis, the Amber Food Group's minority shareholder and CEO, says the move by the foreign-owned platforms was driven by emotions.

"Of course, I take a negative view of such emotional decisions," he told BNS. "McDonald's, Burger King and KFC directly operate and pay taxes in Russia, but nobody in our country is protesting against them and [food delivery platforms] continue to cooperate with them in Lithuania."

Restaurant sales through food delivery platforms accounted for about 15 percent of the group's revenue during the pandemic, but the share has been declining since the lifting of the restrictions, according to the CEO.

Amber Food is owned by Balnis and, indirectly, by Kaunas Mayor Visvaldas Matijosaitis who holds a 50 percent stake in Viciunu Grupe (Viciunai Group), one of Lithuania's largest food production groups.

Following the Kremlin's invasion of Ukraine and the mass exodus of Western businesses from Russia, Viciunu Grupe said it was suspending production at its factory in Sovetsk, a town in Kaliningrad Region.

After coming under criticism, the group said later that it would continue production until it ran out of raw materials and would sell the business within a few months. Its products are still sold in Russia and other Eastern markets.

Dainius Matijosaitis, a member of the management board at Viciunu Grupe, has told BNS in an interview that a hasty exit from Russia would ruin the group as creditors and suppliers would no longer consider it a reliable partner. 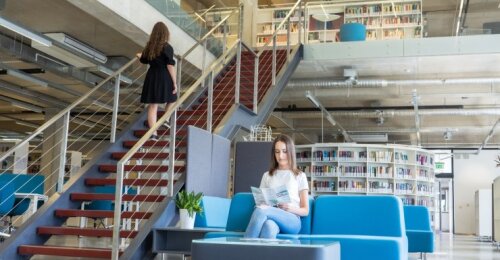 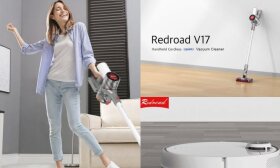