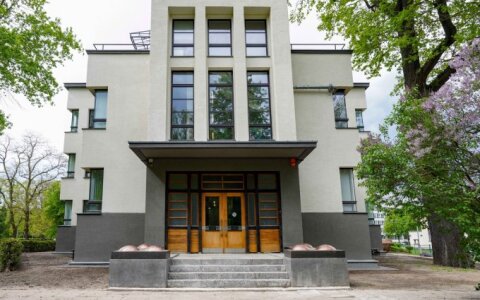 The architectural heritage from the Modern Movement era has been more endangered in recent decades than this from any other period in history. As many people do not perceive the interwar period architecture as heritage, this results in demolished buildings and other damage. Kaunas University of Technology (KTU) researcher, architect Huriye Armağan Doğan proposes a novel approach based on eye-tracking technology to determine which architectural characteristics or features influences the perception of certain objects as cultural heritage.

Using both social surveys and experiments with eye-tracking technology, KTU Junior Researcher Dr Doğan demonstrated the relationship between cultural heritage, memories and associations by creating a model, which can predict the heritage perception potential of the buildings by ordinary people.

“I specifically worked on the heritage of the Modern Movement, which we commonly see in Kaunas. This architectural era is still a big debate in architectural spheres. Most people do not perceive interwar era buildings as cultural heritage, especially if they do not have expertise in architecture or knowledge about this period. This often results in destroying the architecture,” says Dr Doğan, working at the KTU Institute of Architecture and Construction, the Architecture and Urban Development Research Centre.

An ornament on a building is not just a decoration

The KTU researcher from Turkey used two methods to understand how people perceive cultural heritage: a social survey and an experiment involving eye-tracking glasses. Eye-tracking is a method primarily used in marketing and behaviour studies, especially while measuring users’ preferences. The method is based on the recording by two cameras: the first one records where people are looking at, and the second – the movement of their eyes.

“You can track which part of the visual scene caught the attention of the eye or the attention of the person while they are selecting or evaluating an object. So, I had an idea: why not use the same principle to understand the perception of cultural heritage?” explains Dr Doğan. 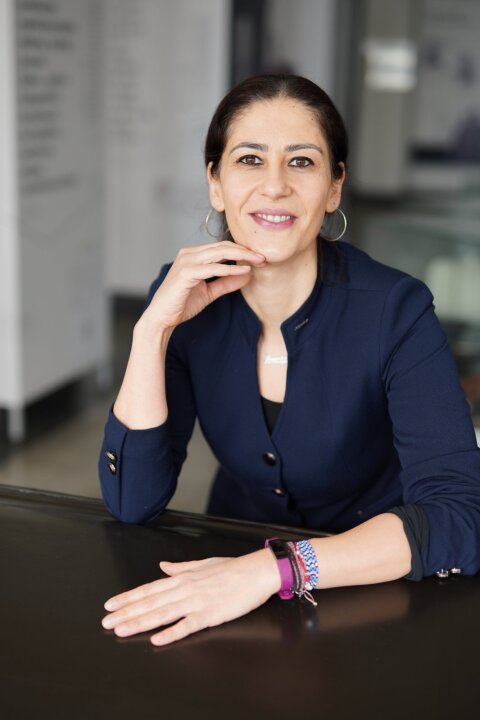 “Cultural heritage assessments are about memories and associations. According to perception theories, when people see something for the first time, for identifying it they use their prior knowledge to have a solution. I found out that ornament has a dominant impact when people judge a building as heritage or not since it is connected to their prior knowledge. The common mistake is that ornament is assumed to be just a decorative element. However, when used appropriately, it reflects the identity and memories of society and reflects the location,” says Dr Doğan.

According to the architect, traditional materials, darker colours, patina, vertical lines, and expressive architectural elements such as pediments or towers give an impression to people that a building can be a heritage object. It is related to cultural memories or prior knowledge about what might be a heritage. Also, special additions to buildings using contemporary materials negatively influence people’s perceptions.

Doğan was exploring this topic in her doctoral thesis, which won a Baltic University Programme (BUP) PhD Award for the best doctoral thesis in Social Sciences and Humanities category.

“I am pleased about it. I enjoyed every part of the process, and it is nice to see that other people appreciate it. I think the novelty of the research derives from the attempt to analyse the invisible social context in the evaluation of built heritage and the usage of eye-tracking glasses in this process. Using eye-tracking brought a different dimension to the research by including digital humanities and biometrical measurements, which are not commonly used in heritage studies in this aspect,” says the KTU researcher.

The research aimed at understanding to which extent the physical characteristics of the structures affect the evaluation process of people regarding heritage. This knowledge could help the architects and the institutions while preparing the strategies towards better preservation of cultural heritage. Furthermore, the scientist also developed a model, which can predict the heritage perception potential of a building by ordinary people.

“I grew up surrounded by archaeological sites – heritage objects and buildings – which later on became part of my life. Over time, I noticed that while heritage buildings are important to me, most of the time, it seemed as if people appreciate them selectively and the built environment is the background rather than the centre for them. Therefore, I wanted to understand people’s perception and how they evaluate buildings in their environments and which characteristics or features of the architecture impact this process,” says the architect.

According to Dr Doğan, in the future, it might be possible to train artificial intelligence so that the calculations of the model can be done automatically.