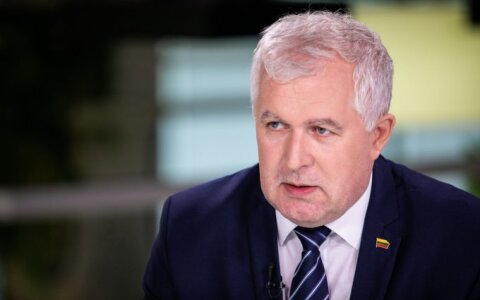 Ministers will consider the most topical security and defense matters and discuss the decisions that ought to be taken in the face of deteriorating security situation in Europe, particularly, in view of the situation near Ukraine’s borders.

An especially significant focus would be placed on the topics of European assistance to Ukraine and enhancement of Ukraine’s military sector, the Ministry of Defense said in a press release.

Russia has reportedly amassed up to 100,000 troops near Ukraine's border, sparking fears in the West that it plans to invade its neighbor this winter.

While meeting in Brest, EU Defense Ministers are scheduled to have discussions with NATO Secretary General and United Nations Deputy Secretary General on the effect of private military companies, especially Russian, on the efficiency of the EU military missions and operations in both Africa and Eastern Ukraine.

Defense Ministers will also hold a joint working session with EU Foreign Ministers and negotiate the content of the Strategic Compass.