Starkevicius: no need for haste to decide on Belaruskali transit 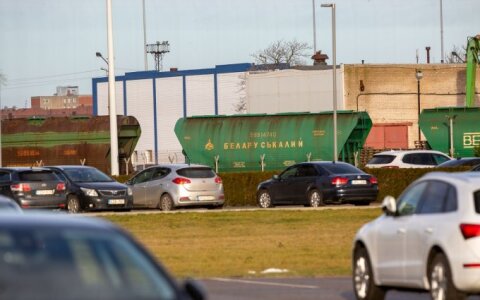 There's no need for haste to make decisions on the termination of transit of fertilizers produced by Belarusian company Belaruskali via Lithuania, Kazys Starkevicius, chairman of the parliamentary Committee on Economics, says, adding that as many circumstances as possible should be evaluated.

"We cannot make hasty decisions. The parliamentary committees will be that litmus paper for us to start talking in one voice and avoid finger-pointing of who is responsible," he told the public radio LRT on Wednesday. "We will really look into all those contracts and evaluate economic consequences. Speaking of the geopolitical situation, of course, that will be considered in the geopolitical context."

In his words, Mantas Bartuska, the ex-CEO of Lietuvos Gelezinkeliai (Lithuanian Railways, LG), the country's state-owned railway company, the company's board members, representatives of the port of Klaipeda and the transport minister will appear before the committees and it will also review the existing fertilizer transit contracts.

Lithuania's parliamentary Committees on National Security and Defense and on Economics will look into the circumstances surrounding the transit of fertilizers produced by Belarusian company Belaruskali via Lithuania, which is still ongoing despite the fact that US sanctions came into force on December 8, next week.

Before Christmas, the Seimas rejected the opposition's two proposals to set up an ad-hoc investigation commission on Belaruskali transit. Lawmakers also rejected a proposal to order the Committee on Foreign Affairs to carry out such a probe by awarding additional powers.

Belaruskali product shipments via Lithuania did not stop after US sanctions against it came into force on December 8, because the Belarusian company had made an advance payment to LTG, sufficient to cover the cost of rail services for several months.

Starkevicius: no need for haste to decide on Belaruskali transit