Airlines cancelling some flights from Lithuania 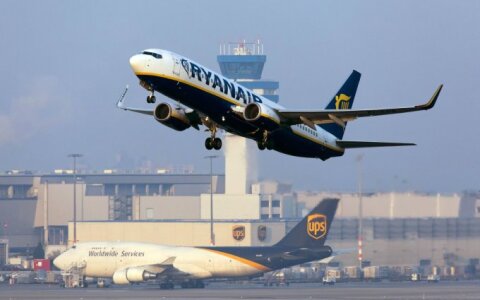 Some airlines are cancelling their flights from Lithuania, the public broadcaster LRT reported on Thursday.

Flights from Vilnius to Tel Aviv, Lviv, Birmingham and other European cities, and from Palanga to London are being temporarily suspended.

The carriers say most of the flights are being cancelled for one or two months.

"The flights are being suspended temporarily and are planned to resume from February," LRT quoted Aurimas Stikliunas, the head of aviation services at Lietuvos Oro Uostai (Lithuanian Airports, LOU), as saying.

"The flight suspensions are due to tighter restrictions or very low demand," he added.

Despite the omicron variant, the decrease in passenger numbers is not drastic as it will account for up to 10 percent of the overall passenger traffic, according to Stikliunas.

Airlines cancelling some flights from Lithuania