Staniulis proposed for ambassador to UN 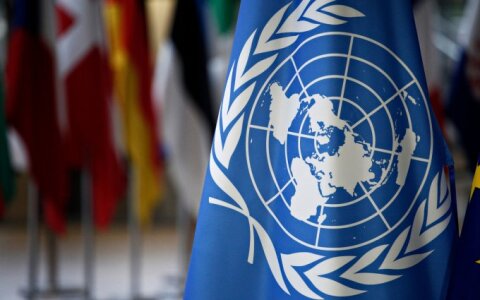 Darius Staniulis, director of the Lithuanian Foreign Ministry's UN, International Organizations and Human Rights Department, is likely to be appointed the country's ambassador to the United Nations.

The government decided on Wednesday to nominate Staniulis as ambassador to Lithuania's permanent mission to the UN Office and other international organizations in Geneva.

"One of the biggest tasks that awaits us in Geneva is our membership in the Human Rights Council," the diplomat told the Cabinet. "Lithuania will for the first time become a member of the Council for three years as of January 1."

"Other issues include our effective participation in other international organizations. Switzerland has accredited 39 of them. We cannot give the same attention to all of them, but organizations like the World Health Organization, the International Organization for Migration and others will be one of the focus areas," he said.

Staniulis proposed for ambassador to UN