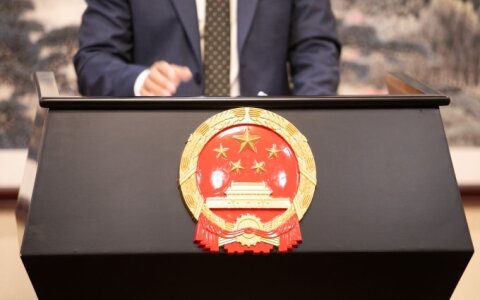 Lithuania's acting chargé d’affaires Audra Ciapiene is returning to Vilnius for consultations as China wants Lithuania to rename its mission in Beijing as a charge d'affaires office.

"I want to say very firmly that this is not a closure of the embassy," Lithuanian Foreign Minister Gabrielius Landsbergis told reporters on Wednesday.

"Our diplomat is returning for consultations because there are differences of opinion between us and China on the possibility of changing the name of the mission," he said.

The Lithuanian Foreign Ministry told BNS that China had asked Vilnius to rename its embassy as the Office of the Charge d'Affaires.

"We can consider various proposals, but they have to be in line with our law", Landsbergis said.

"Any unilateral decision to change the name [of the mission] of another country, when that country refuses to do so or is not in a position to do so, goes against the Vienna Convention," he said.

Lithuania summoned its diplomats back for consultations because it was unclear what would have happened to them if China had unilaterally changed the name, according to the minister.

"There are various possible interpretations, for example, regarding the further validity of their Chinese identity cards which basically guarantee their right to travel freely, to move freely in the city they live and in the country," he said.

The Foreign Ministry said earlier in a statement that "in the absence of a substitute diplomat in Beijing, Lithuanian Embassy to China will continue its operations remotely".

"As before, consular services to Lithuanian citizens in China will continue to be provided remotely, albeit in limited capacity", it said.

Relations between Vilnius and Beijing have been tense lately over Lithuania's deepening ties with Taiwan, which China sees as its territory.

In August, China recalled its ambassador to Vilnius and demanded that Lithuania withdraw its envoy to Beijing. Diana Mickeviciene, the ambassador to China, returned to Vilnius for consultations in early September.

In November, China downgraded diplomatic ties with Lithuania to the level of chargé d’affaires in protest at the opening of the Taiwanese Representative Office in Vilnius. 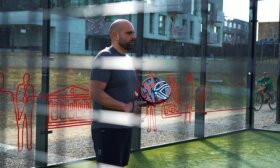