Presidential aide: EC proposal on migrants 'not bad but insufficient' 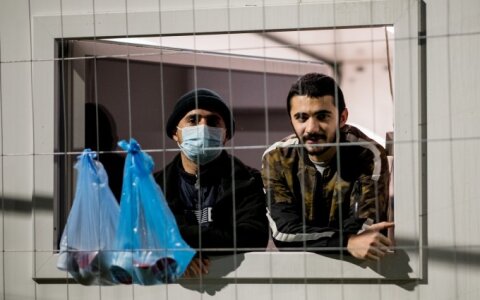 The European Commission's proposal to allow EU member states bordering Belarus to extend the time for processing asylum claims is a good initiative, but not sufficient, an advisor to President Gitanas Nauseda said on Thursday.

"They have really started to think about how to help Lithuania, Latvia and Poland in the face of this situation," Asta Skaisgiryte, the president's chief foreign policy adviser, told the public broadcaster LRT. "This is the first initiative, which is now being examined by the Interior Ministry and other institutions."

"It is not bad, but I'd say it is not sufficient. We'd expect more," she added.

The proposal would provide some respite to the authorities overwhelmed by thousands of asylum claims filed in a very short time, according to the advisor.

"Yes, this is a step forward, but we'd like to see more involvement of the European institutions in the management of this crisis," she said.

Skaisgiryte noted that Lithuania had proposed a "huge" package of measures to manage the migration crisis.

"We have proposed several important options to the European Commission. First of all, external border protection should be strengthened," the advisor said. " Also, asylum and migration policy must be changed accordingly, bearing in mind that people are not ordinary migrants."

"Another aspect is the repatriation of migrants who are already in the EU," she added.

The European Commission on Wednesday proposed that Poland, Lithuania and Latvia were allowed to extend the period for registering new asylum claims from ten days to four weeks, and to extend to four months the time limit for ruling on an application.

Presidential aide: EC proposal on migrants 'not bad but insufficient'