President: West needs to do everything to deter Russia from invading Ukraine 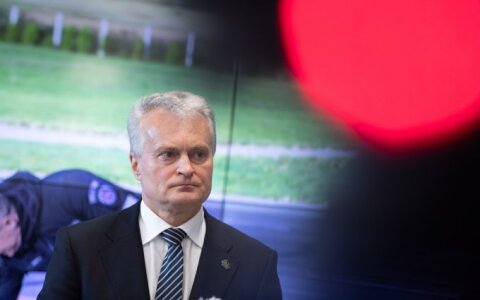 Western countries need to do everything to deter Russia from possible invasion into Ukraine, Lithuanian President Gitanas Nauseda says.

"We need to do everything for our words and actions to be trustworthy and for the other side to understand that reckless behavior is not worthwhile and it will face certain reactions we are ready for within NATO and the EU," the Lithuanian leader said on Tuesday during his meeting with French President Emmanuel Macron in Paris amid Russia's increased military activity near Ukraine's borders.

Nauseda says the French leader "is very well informed about the situation".

"I underlined that fact that it's very important to agree on the assessment of the situation and its seriousness. As further deterrence measures depend on that," Nauseda said.

Kyiv says Moscow has massed 115,000 troops around Ukraine: the Crimea Peninsula Russia was annexed in 2014 as well as in Ukraine's two eastern regions controlled by Moscow-backed separatists.

Meanwhile, the Kremlin calls the West's statements "hysteria" and rejects accusations it plans to invade Ukraine.

President: West needs to do everything to deter Russia from invading Ukraine