President: part of green tax revenue could return to society 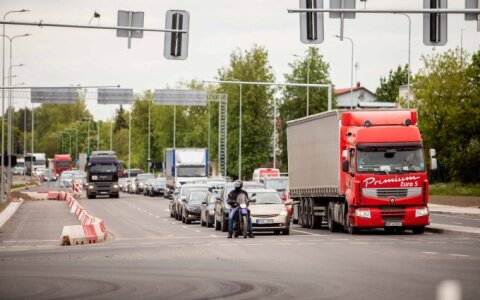 The Lithuanian government's proposed tax changes, such as a new annual car pollution tax, should encourage the use of less polluting products and are linked to climate change goals, but the proceeds from these taxes cannot be used only to replenish the state budget, President Gitanas Nauseda has said.

In a comment forwarded to BNS on Monday, Nauseda said that discussions on new green taxes should also look at how to return the potential tax revenue to Lithuanian society.

"We have not only to persuade but also to motivate society to change their behavior and choose less polluting products. This applies to taxes, too."

According to the president, Lithuania could use good practices of other countries, such as Canada whose residents receive incentive payments when they file their annual personal income tax returns.

"Let's take advantage of other good practices from around the world that combine both prevention and incentive measures to tackle climate change," Nauseda said. "It is particularly important to target additional financial incentives for behavioral change toward middle and lower-income groups, while at the same time not abandoning the 'pollution costs' principle."

"We also need to support municipal solutions for climate-neutral transport, in particular the strengthening of public transport," he added.

If the parliament gives the green light, the new tax will be phased between 2023 and 2025, generating an estimated 170 million euros in revenue to the state annually.

The Environment Ministry said last week that around 50 percent of car owners in the country would have to pay up to 100 euros in the annual pollution tax.

The new tax is planned to be introduced on January 1, 2023. However, all owners of cars subject to the levy would pay only half of it until the end of 2024.

President: part of green tax revenue could return to society