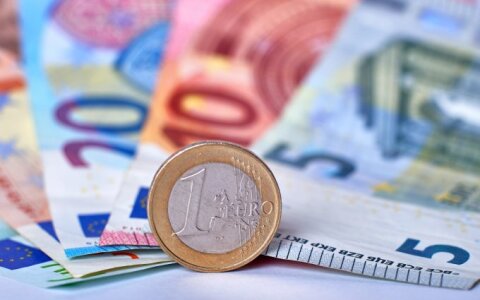 She also rejects criticism from the opposition regarding insufficient funding for some areas and says the government will present proposals next year to increase state revenue.

"In this budget, despite it having a deficit, which is a certain problem, we have managed to combine several key goals. On the one hand, there's a possibility to fairly significantly index that revenue depending on the budget, be it pensions of revenues received by people working in the public sector," Simonyte told journalists on Thursday.

"On the other hand, we are also stabilizing that debt growth and implementing several key documents, like the national agreement (on increasing education and science funding – BNS)," she added.

The premier also pointed out that the next year's budget deficit would be close to the upper limit of the Maastricht criteria.

"As we remember, all provisos of the Stability and Growth Pact will be cancelled in 2023, at least that's the very clear signal, of course, if there are no unforeseen circumstances, (…) meaning that all member states will need to get back to the medium-term budget goals and seek balanced public finances," Simonyte said.

Income to grow next year