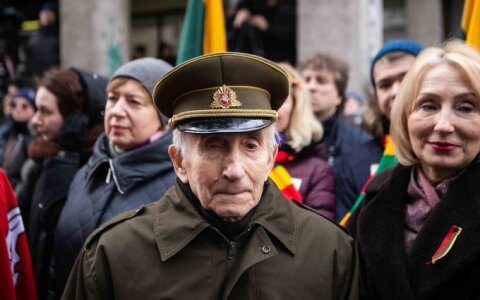 Juozas Jakavonis, nicknamed Tigras, a member of the anti-Soviet resistance and one of the winners of the Freedom Prize, has died at the age of 96, his daughter Angele Jakavonyte has confirmed it to BNS on Tuesday.

"Yes, my daddy died. He stayed at my place and contracted COVID. I thought it's just a cold but the test was positive," she told BNS.

Jakavonis has been lately treated at Santaros Clinics in Vilnius for COVID-19.

Jakavonis joined the anti-Soviet resistance movement at the age of 20. In the fall of 1945, together with other partisans, he set up the headquarters of the Merkys territorial unit in his parents’ homestead.

Jakavonis was sent to Siberia in 1946 and returned to Lithuania after 13 years.