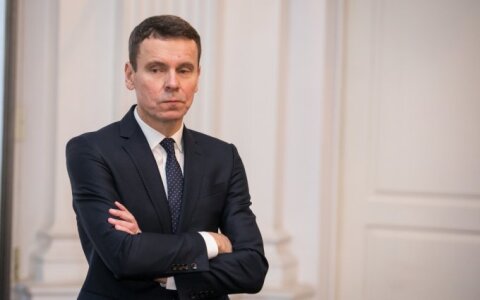 The public prosecutor on Friday asked the court to convict Raimondas Kurlianskis, a former vice-president of MG Baltic, one of Lithuania's biggest business groups, on bribery and influence peddling charges, and sentence him to imprisonment.

Justas Laucius, the public prosecutor, asked for the 56-year-old businessman, who has no previous convictions, to be arrested in the courtroom after Vilnius Regional Court issues its ruling in the high-profile political corruption trial.

The prosecutor was yet to tell the court what prison sentence the prosecution is seeking for Kurlianskis.

Prosecutors say that Kurlianskis gave a bribe of 106,000 euros to Eligijus Masiulis, a former leader of the Liberal Movement, for pushing through decisions favorable for the business group in the parliament.

The prosecutor is seeking a prison sentence for Masiulis, too.