Huang: Taiwan's Vilnius office to focus on business ties based on economic logic 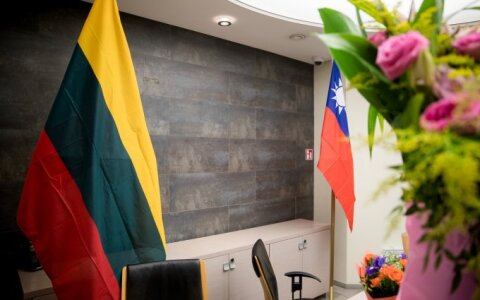 Eric Huang, head of the Taiwanese Representative Office opened in Lithuania on Thursday, has said he expects to build a sustainable mutual business relationship based on economic logic.

Taiwan thus emphasizes its difference from China, which is often accused by the West of using economic ties for political purposes.

"In a democracy, what a government can do is facilitate direct dialogue, B2B negotiations. This is exactly what we have been doing these last couple months," Huang told BNS in an interview. "We believe in a free economy. The same is true for Lithuania."

"We would like to establish a sustainable, organic business relationship which is not subject to any interruptions because of reasons other than the economy," he said.

Elsewhere in the world, Taiwan's representative offices operate under the name of Taipei, in line with an international consensus that this does not run counter to the "one China" policy which prevents Taiwan from being treated as a separate state.

Several months ago, China recalled its ambassador to Vilnius and demanded that Lithuania withdraw its envoy to Beijing. Diana Mickeviciene, the ambassador to China, returned to Vilnius for consultations in early September.

Lithuanian businesses say that trade ties with China have soured because of the row between Vilnius and Beijing.

However, the Lithuanian government expects that the development of relations with Taiwan will help companies find new markets.

– What are your feelings regarding the opening of the office?

– We are very happy that we have this opportunity to be a facilitator and promoter for the relations between Taiwan and Lithuania. We are also grateful for the support and friendship to a lot of Lithuanian friends. Not only in the executive branch, but also in the parliament, the Seimas, also in the private sector.

– Lithuania is the first country in Europe that allowed Taiwan to open an office under its own name. What is the significance of this for you?

– This, of course, is very meaningful and I think we are focused on promoting our economic and trade relations between Taiwan and Lithuania. We would like it to be a successful case, strengthening our relationship. 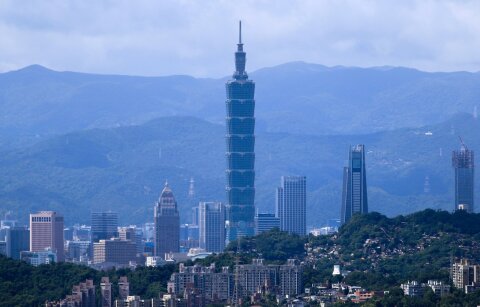 The name represents the idea that we have a great potential for the economic, cultural exchanges and cooperation. So, it will be Lithuanian-Taiwanese cooperation in sectors such as cultural, education, technology and economy.

This is basically the most important agenda for me.

– What is the importance of your office being called the Taiwanese representative office rather than the Taipei mission, which is usual in other countries?

– When we refer to Taiwan, we have a clear indication that this technology, for example, was founded in Taiwan by Taiwanese. It is a more convenient name for communication.

– Does the name Taiwan send a political message?

– I think we will not emphasize too much about the geopolitical context. As the representative office of my country, what we are focused on is to promote a substantive relationship. We do not have a formal diplomatic relationship with a lot of countries.

So, our most important goal is to facilitate people-to-people, business-to-business and government-to-government relationships.

I think the Taiwanese are very focused on building bridges, networking with the international community, and we do our best to strengthen our substantive relationship.

– Could you please tell me what are your first three meetings scheduled for today?

– When we develop our relationships, it is sometimes difficult say it publicly, but we are meeting people in terms of strengthening our economic relationship, technology relationship and cultural relationship.

– When the Taiwanese business delegation were visiting Lithuania at the end of October, Lithuanian Economy Minister Ausrine Armonaite said that she expected a semi-conductor factory to open in Lithuania. Do you think it is possible?

– I think my government has ordered to set up an expert team to examine the business environment and the industrial strengths here.  I think we are going to do it next year. The semi-conductor industry has a very complicated supply chain, but I think [...] Taiwan is a rare case in that we have all segments of the supply chain.

It will require some time and expertise in finding, identifying what will be the best for us to provide systems to Lithuanian businesses in developing the semiconductor industry.

It will be very difficult for the country to have all segments in the supply chain, but we will do our best to find out how we can best help our friends. 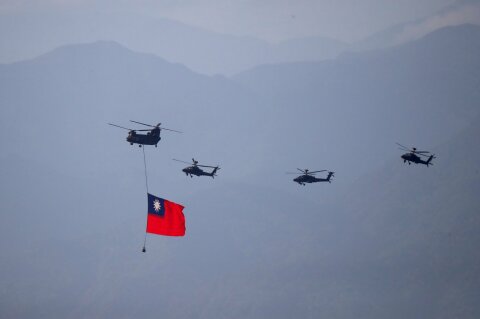 – Some people in Lithuania expect that Taiwan could compensate for Lithuanian businesses' losses in China due to increased tensions between Vilnius and Beijing. What is your message? Can you really do that?

– In a democracy, what a government can do is facilitate direct dialogue, B2B negotiations. This is exactly what we have been doing these last couple months. [...] We believe in a free economy. The same is true for Lithuania.

We would like to establish a sustainable, organic business relationship which is not subject to any interruptions because of reasons other than the economy.

We have seen the results. For example, on September 15 we hosted an online B2B matchmaking that has hosted 55 online conferences between businesses of Taiwan and Lithuania.

That virtual conference is expected to create 17 million US dollars in trade value. Off course, it will require several months for the businesses to discuss the products, terms, condition for strengthening the relationship. When our delegation was there in late October, this was the second chance for businesses to meet. We facilitated 280 B2B meetings. [...]

– How do you assess the business environment in Lithuania?

– It is very competitive. You have very strong education, very strong entrepreneurship. [...] You have a very strong industrial basis. So I think this provides very good conditions for Taiwanese businesses to explore these opportunities.

– What functions will your office perform? I saw in the press release that it will develop trade and will cover consular affairs.

– I think those are the main functions of my office. We will be focused on those areas. So I think cultural cooperation is the second area and, of course, education.

– What about political ties?

Huang: Taiwan's Vilnius office to focus on business ties based on economic logic