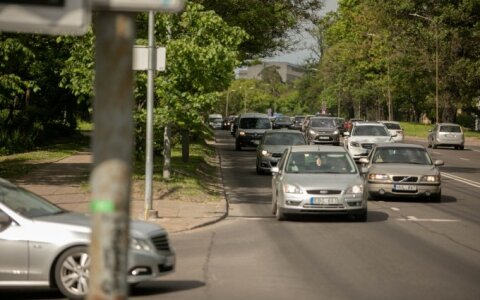 The Environment Ministry says 54 percent of car owners in the country will have to pay up to 100 euros in the annual pollution tax that will be phased in by 2025.

The ministry earlier planned to change the current registration tax and introduce a new user tax.

"After public consultations with the public and ministries, we decided that a single tax will meet the same objectives: to encourage motorists to choose less polluting, more fuel-efficient vehicles," Deputy Environment Minister Gintare Krusniene said in a press release on Wednesday.

The car pollution tax would be based on CO2 emissions.

The new tax is planned to be introduced on January 1, 2023. However, all owners of cars subject to the levy will have only half of it until the end of 2024.

The draft law on the pollution tax will be discussed by the Cabinet next Wednesday and will then go to the parliament for approval.