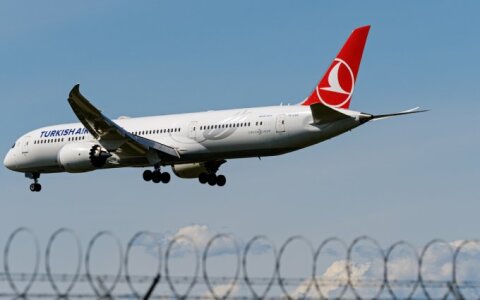 Lithuanian Transport Minister Marius Skuodis has confirmed media reports that Turkish Airlines will not sell tickets for flights to Minsk for Syrians and Iraqis.

"I can confirm that from the productive meeting we had with the Turkish ambassador to Lithuania this morning, without additional sources," the minister posted on Facebook late Thursday without providing more details on Ankara's action.

Several thousand migrants have massed at the EU border in Belarus this week, further escalating tension between Minsk and the West. The European Union plans new sanctions for the Belarusian regime for fueling the migration crisis.

The flow of illegal migrants from Belarus to Lithuania started going up last summer. More than 4,200 migrants have entered Lithuania so far this year. A considerably higher number of them have been prevented from entering since early August when Lithuanians introduced push-backs.