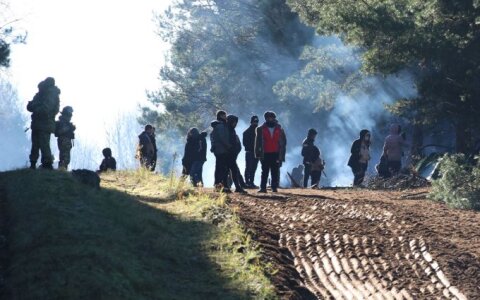 Some 170 attempts to cross into Lithuania from Belarus have been recorded on Tuesday, Giedrius Misutis, spokesman for the country's State Border Guard Service, told BNS.

The number is up from 73 on Monday.

"We see movement of those groups. Not all of them that have approached today are making attempts to cross as there have been also people who retreated," he said.

In his words, migrants are gathering close to the intersection of the Belarusian, Polish and Lithuanian border. The situation is more tense than before but no major unrest incidents have been recorded, Misutis said.

Lithuania redeployed border guard forces after a large column of illegal migrants moved towards the Polish border and tried to storm its way through. Some 1,000-2,000 illegal migrants were reported to have gathered there on Monday.