Border guards turn away 58 migrants on border with Belarus 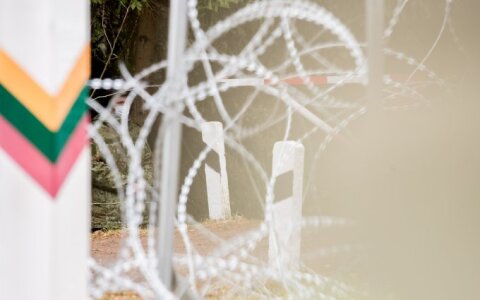 Lithuanian border guards have in the past 24 hours turned away 58 migrants attempting to cross into the country from Belarus illegally, the State Border Guard Service (SBGS) said on Friday morning.

No migrants were allowed into the country on humanitarian grounds on Thursday.

The SBGS said border guards and troops assisting them had not used their service guns, special measures or physical coercion over the past 24 hours.

Reinforced controls remain in place on the Lithuanian side of the border.

Overall, 5,623 attempts at crossing the border in prohibited places have been prevented since early August, when the Lithuanian government allowed border guards to turn such migrants back to Belarus.

Border guards turn away 58 migrants on border with Belarus