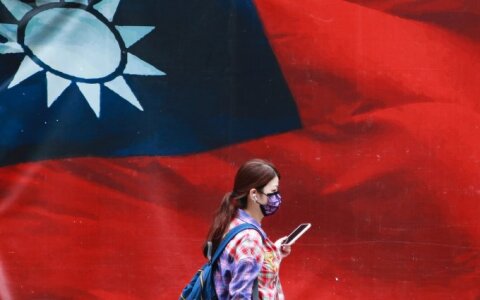 Despite warnings from China, a delegation of seven MEPs has on Wednesday arrived in Taiwan as the block seeks to improve relations with this island.

The MEPs are part of a special committee aimed at discussing issues linked to the interference of foreign countries with democratic processes in the European Union, including disinformation, Pabirzis said.

During the three-day meeting, politicians will discuss Taiwan's experience in fighting disinformation and attempts to interfere with Taiwan's democracy, media, culture and education, as well as Taiwan's effort of boosting its cyber resistance.

Related articles
Taiwan to open its representation by end of year
President: EU shall look for ways to reduce dependence on China

"Taiwan is using novel measures and gets the whole society of Taiwan involved to resolve the problem of all-type interference into democracy, without restricting the freedom of speech and media," the delegation statement reads.

The seven-member group led by French MEP Raphael Glucksmann will meet with Taiwan President Tsai Ing-wen and other top officials during the three-day trip, said the island's foreign ministry, describing it as the first "official" delegation from the European parliament.

The visit comes amid tension between Taiwan and China. The latter considers Taiwan to be part of its territory and vows to regain its control someday, by force if needed.

Beijing has stepped up its effort in recent years to isolate Taiwan on the international stage, angered by any attempts to treat the island as an independent state.

The Chinese mission in Brussels had warned earlier that a Taiwan visit by MEPs would "damage China's core interest and undermine the healthy development of China-EU relations".

Lithuania's decision to allow Taipei to open a representative office under its own name angered China which views the island as a breakaway province.

Elsewhere in the world, Taiwan's representative offices operate under the name of Taipei, in line with an international consensus that this does not run counter to the "one China" policy which prevents Taiwan from being treated as a separate state.

Amid the diplomatic row, China last summer recalled its ambassador to Vilnius and demanded that Lithuania withdraw its envoy to Beijing. Diana Mickeviciene, the ambassador to China, returned to Vilnius in early September.