Nauseda meets Biden in Glasgow gets assurance on China 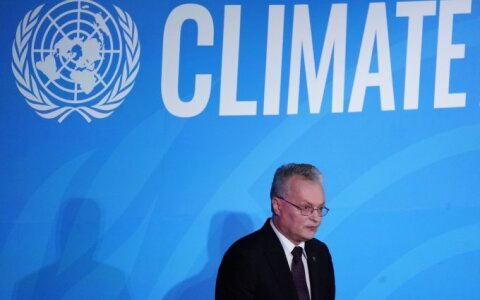 Nauseda said after the meeting he received the American president's assurance over Lithuania's diplomatic conflict with China.

"Today, we really need moral and other type support from like-minded countries. So, the American president confirmed that he's following this topic and the United States of America's readiness to help us by all means is guaranteed," Nauseda told journalists.

In his words, the decision to allow Taiwan to name its representation in Lithuania after "Taiwan" "does not question the "One China policy" but demonstrates Lithuania's wish to have an independent foreign policy.

"Lithuania does not seek to just provoke a conflict. Lithuania's goal in fact is to implement a sovereign state's foreign policy, to establish cultural, economic ties with other regions and countries we want to do that with, and this action does not in any way questions the "One-China" policy we declared 30 years ago and we comply with to this date," Nauseda said.

Related articles
President's aide: Karoblis would agree to work as ambassador to EU
President to propose review of migration policy at EU summit

Lithuanian businessmen say the Vilnius-Beijing dispute has led to a drop in trade volumes with China.