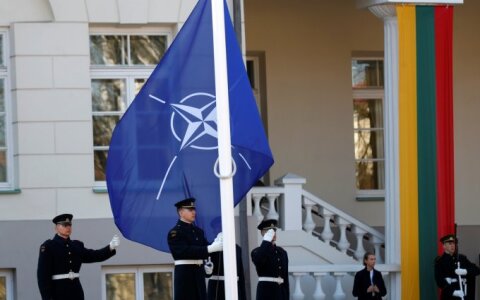 They will seek to agree on the fund's activities, functions and funding model by the Alliance's Madrid summit in 2022.

The 1-billion-euro venture capital fund will aim to attract investment from NATO countries as well as a major private equity investment and technology companies, the Lithuanian Defense Ministry said in a press release.

The fund will invest in promising start-ups in the Alliance's member countries and will help develop and apply emerging technologies, such as artificial intelligence, autonomous, quantum, supersonic, biotechnology and others, in the security and defense sectors, it said.

The other 16 countries that signed the declaration are Belgium, the Czech Republic, Estonia, Germany, Greece, Hungary, Italy, Latvia, Luxembourg, the Netherlands, Poland, Portugal, Romania, Slovakia, Slovenia and the United Kingdom.

On Friday, NATO's defense ministers are also expected to approve the Alliance's first agreed strategy for the use of artificial intelligence in security and defense.