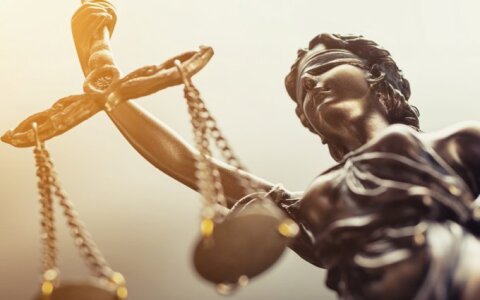 Lithuanian President Gitanas Nauseda has fired Rimantas Grigas, a Kaunas judge suspected of taking a bribe, for discrediting the profession.

The president signed the decree on Monday after the move had been approved by the Judicial Council.

The Special Investigation Service brought formal bribery suspicions against Grigas, who has worked as a district court judge in Kaunas since 1999, on September 2.

Law-enforcement officials suspect Judge Grigas of taking a bribe of at least 2,000 euros to shorten the driver's license suspension period from 12 months to three when hearing an appeal filed by a person in an administrative offence case.

Two Kaunas lawyers, Bronislavas Liatukas and Valda Grigonyte, and Tautvydas Grigas, the judge's son working in the latter lawyer's firm, are suspected of having been involved in bribing the judge of Kaunas District Court, Kaunas District Chamber.

Reportedly, the judge attempted to destroy evidence during a search of his home.