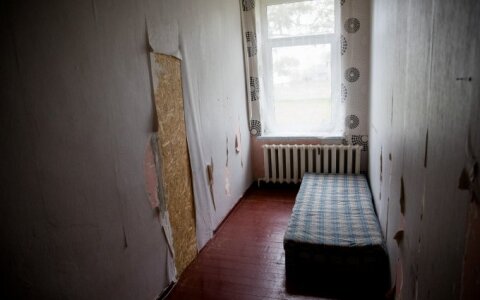 The portal wrote about S. Z., an Iraqi national, who had managed to find and rent an apartment in Vilnius while staying in detention. Then he went to the District Court of Vilnius Region asking for a permission to reside in the rented premises and supporting his request with the rental agreement.

The court ruled in his favor having taken into consideration that the migrant’s identity had been established, that he cooperated with public institutions and there was no evidence that he might pose a threat to national security and public order.

According to the information available to the news portal, at least several more migrants have managed to get out of detention in such a way and some of them might have left Lithuania.

The Ministry of the Interior and the State Border Guard Service have stated that those are just isolated incidents.

Nearly 4,200 migrants, mostly Iraqi citizens, have crossed into Lithuania from Belarus illegally so far this year.