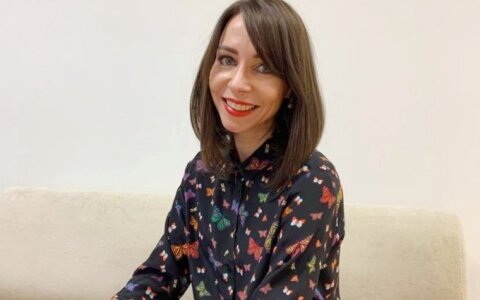 "I am assuming responsibility for the current and potential consequences of the Health Ministry's communication decisions I have taken," it quoted Suksta as saying in a press release.

The Health Ministry came under criticism last week following media reports that it intended to pay 12,000 euros, including taxes, to the producers of a talk show featuring Edgaras Kulikauskas, a surgeon advising Dulkys.

Kulikauskas, known by the nickname of the Cynical Surgeon, says he was not aware of the deal.

In the wake of the scandal, the producers of Kitokie Pasikalbejimai (Different Conversations) and the ministry announced that the money would not be paid for the show.

Suksta joined the health minister's team of political appointees after Dulkys took over the post in mid-December 2020.

She previously worked at the State Audit Office under Dulkys as auditor general.